Keep up with current happenings at Deep Cove

This is a moderated Blog and comments and postings considered to be undesirable for any reason may be deleted.

SHOULD WE BE WORRIED?


Some 15 to 20 years ago it was not uncommon for Storm Petrels to be found in the foyer of the Deep Cove Hostel.  They often seemed to have been blown into the foyer, possibly attracted by the light on in there, but often on a Nor West night.  The hostel manager at the time used to collect them in the morning and keep them safe until they could be returned to the wild the next night.

These small birds apparently live at sea all of their lives except when nesting and have such fine legs that they can not stand. 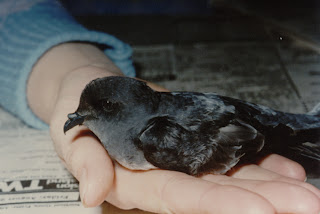 I am unaware of any of these birds being seen at Deep Cove since that period and certainly not in recent times.  Why and what has changed?

While there is is considerable concern for the well being of Dolphins particularly with the suggestion that their numbers are in decline and that the tourist boats are to blame, could it not be that the food stocks of both of these species have been affected in recent times?  Is it possible that these birds don't come into Deep Cove now as their food is no longer there to attract them? or could there be other reasons?

May be the species can flourish without the need to come into Deep Cove, it would however be interesting to hear your thoughts.

http://www.earthlife.net/birds/hydrobatidae.html
Posted by Unknown at 9:13 PM No comments:

Between the 8th and 10th January 2013 heavy rain and high winds struck Fiordland and the lower part of the South Island of New Zealand, while at the same time fire fighters in the middle of the Island (Canterbury) were struggling with hot dry Nor West winds while fighting numerous bush fires and endeavouring to save homes and businesses.

While the rain was particularly heavy in Fiordland with some strong winds and thunder storms the most affected areas were to the East of the Southern Alps and the northern areas of the West Coast.  In these areas a number of roads were closed due to slips and bridges being washed out affecting many holiday makers and tourists.

In spite of the rough weather visitors to the area were rewarded with some spectacular sights as can be seen in the attached video.  If you are having trouble seeing this try opening "A Little Rain May fall" from You Tube..

Through the work of Catherine Brimicombe and Caroline Carter from The Department of Conservation a "Supersite Book"  and DVD  relating to Deep Cove is now available.  Copies have been delivered to schools using the Deep Cove Hostel and an on-line copy can be found here

This book includes material designed to assist teachers and also details activities that can be carried out with students before they visit the hostel and while staying there.  It is intended that future educational material will build on the valuable information included in this Supersite.
Posted by Unknown at 4:30 PM No comments: 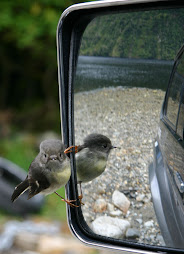